Last January, STIGA Group donated 61 chainsaws for wood recovery to the Civil Protection of Region Veneto, to support the population in Belluno, hit by the flood the previous autumn.

Today, the Group has delivered 10 chainsaws of its own production to Giuseppe Lomoro, chief of the Fire Brigade of Treviso, as further support to the communities that were hit by the flood in 2018: these machines will support the restoration activities of the wooded areas of the territory and the recovery of wood, given the enormous work that still needs to be done in the coming months. 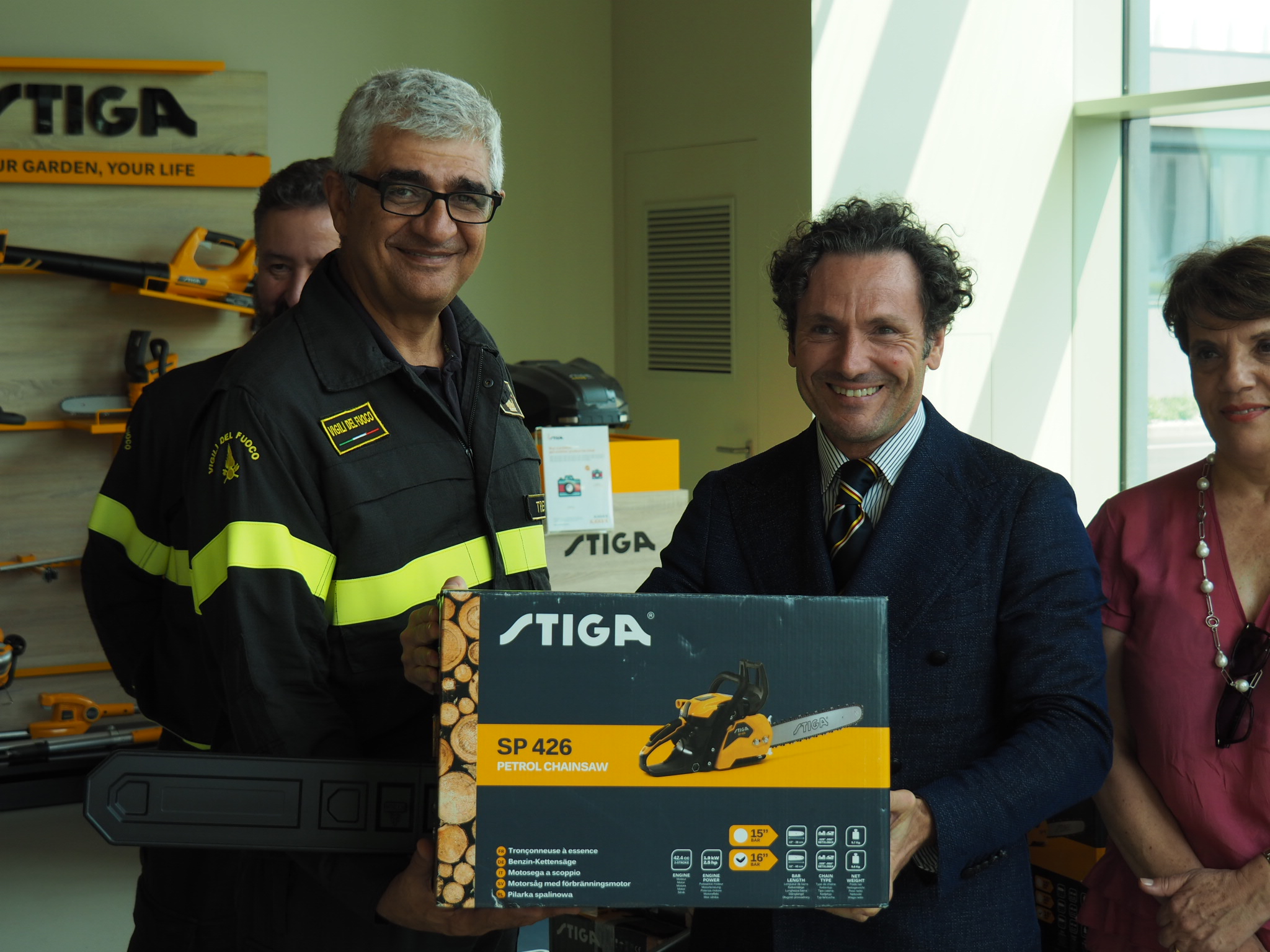 Also attending the ceremony, were the Prefect Laganà, the Mayor of Castelfranco Veneto Marcon and the President of the Chamber of Commerce of Treviso and Belluno Mario Pozza, who stated: “I want to thank STIGA for this further donation of chainsaws to the fire department. But also, I want to emphasize, for their commitment towards culture, with the support given to the “Gambrinus Giuseppe Mazzotti” award.

STIGA represents an excellent entrepreneurial example and has demonstrated once again the attention paid to the territorial context and to the community, always responding with sensitivity to the events that hit the territories, such as the Vaia storm.” 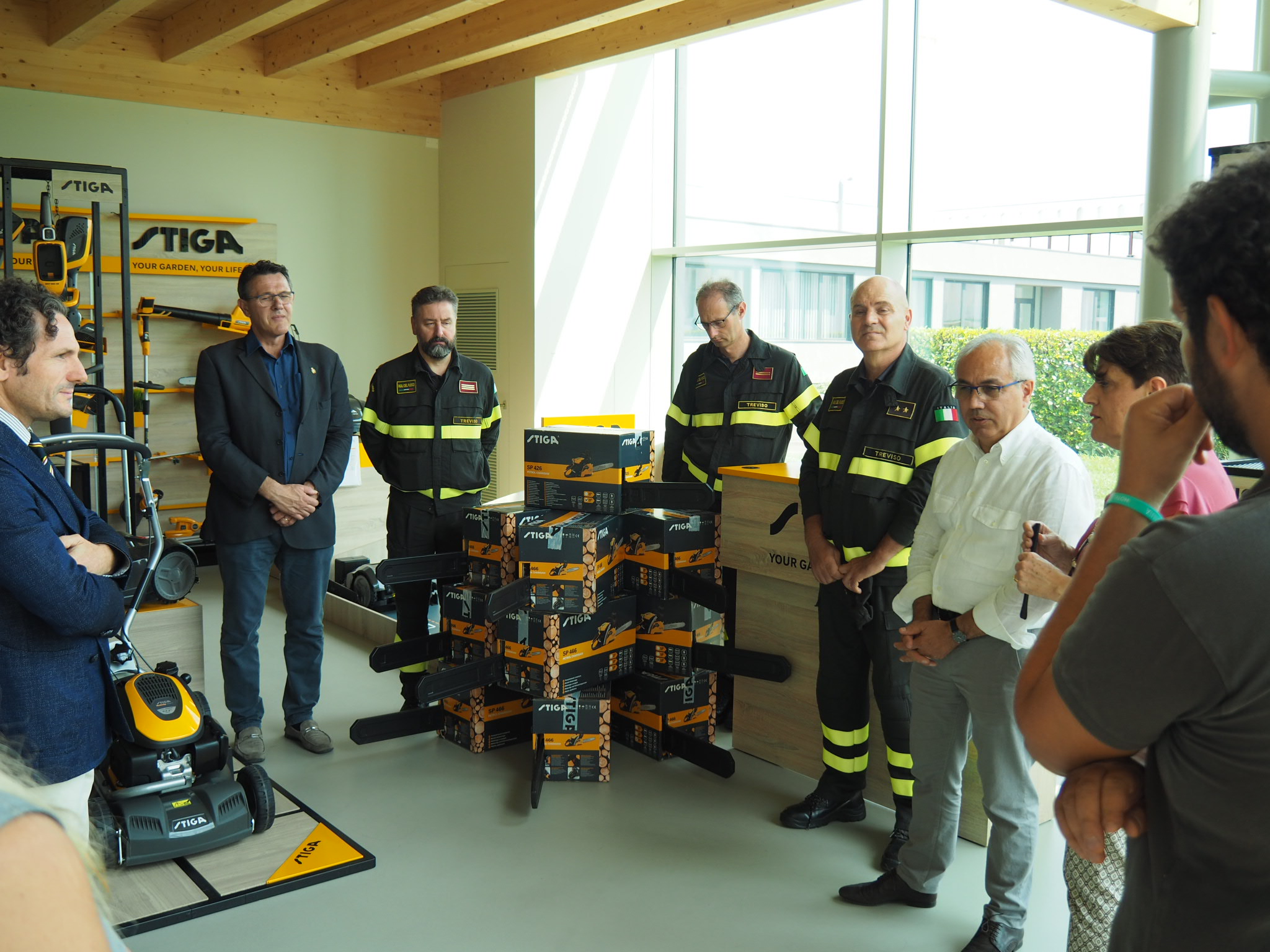 “Our Company – states Dimitri Fratus, STIGA General Manager talian Market – has its roots in Veneto: we believe that it is our duty to help whenever needed. Social responsibility is one of the pillars of our Company. On this occasion, we wanted to give continuity to our commitment, supporting the Fire Brigade after the Civil Protection.”

Dimitri Fratus appointed Vice President of COMAGARDEN
5 July 2019
BACK
Archives
Go to Top
This site uses own and third party cookies to improve navigation on the site and evaluate the use of its contents. If you want to learn more or withhold to use some or all cookies more info